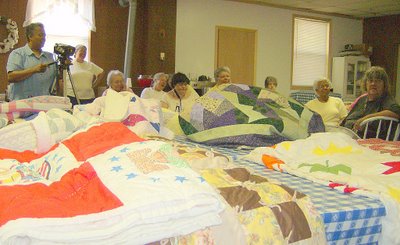 Here's a picture of the Cutler Community Quilt Show. The ladies look like they're buried in their beautiful quilts. Hats off to my cousin Jody who's been quilting like a bee.
Posted by Jill at 2:01 PM No comments: 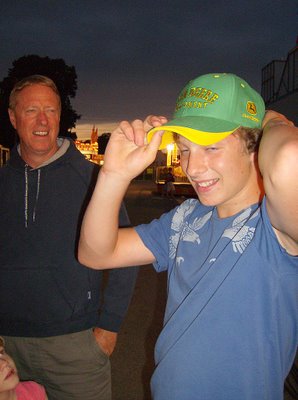 Josiah in his new John Deere hat.
Posted by Jill at 1:50 PM No comments: 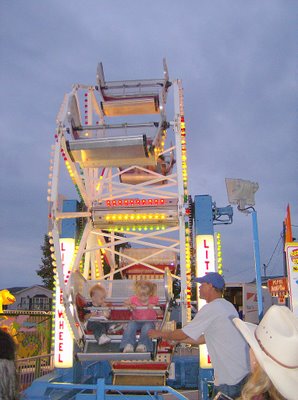 The kids had to ride all the kiddie rides at the fair, including the miniature ferris wheel. 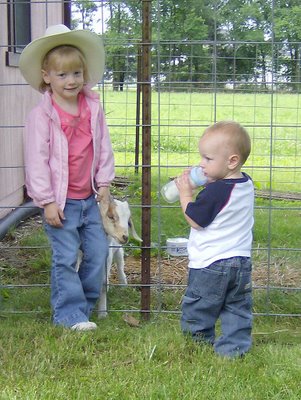 Kylie and Luke were ready to go to the fair. Luke offered his bottle to the baby goat before they left.
Posted by Jill at 1:22 PM No comments: 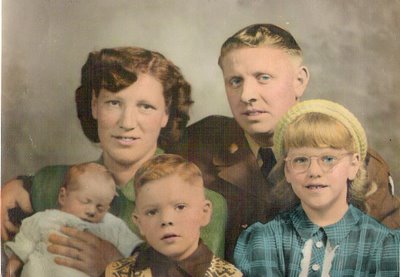 I just had to share this old picture Virgil's sister discovered at their brother's house. It was a black and white photo which was artfully colored by their Aunt Grace. Virgil had to be only 3 days old because his mom told me she drove back to WV when Virgil was 4 days old. He was born at Fort Breckenridge, KY where his dad was stationed in the army.
Posted by Jill at 8:52 AM 1 comment:

The Right to Leave

This post was forwarded to me by email. It has a very interesting point.

THREE CHEERS FOR AUSTRALIA
Muslims who want to live under Islamic Sharia law were told on Wednesday to get out of Australia, as the government targeted radicals in a bid to head off potential terror attacks. A day after a group of mainstream Muslim leaders pledged loyalty to Australia at a special meeting with Prime Minister John Howard, he and his ministers made it clear that extremists would face a crackdown.
Treasurer Peter Costello, seen as heir apparent to Howard, hinted that some radical clerics could be asked to leave the country if they did not accept that Australia was a secular state and its laws were made by parliament. "If those are not your values, if you want a country which has Sharia law or a theocratic state, then Australia is not for you," he said on national television.
"I'd be saying to clerics who are teaching that there are two laws governing people in Australia, one the Australian law and another the Islamic law, that is false. If you can't agree with parliamentary law, independent courts, democracy, and would prefer Sharia law and have the opportunity to go to another country, which practices it, perhaps, then, that's a better option," Costello said.
Asked whether he meant radical clerics would be forced to leave, he said those with dual citizenship could possibly be asked to move to the other country. Education Minister Brendan Nelson later told reporters that Muslims who did not want to accept local values should "clear off".
"Basically, people who don't want to be Australians, and they don't want to live by Australian values and understand them, well then they can basically clear off," he said. Separately, Howard angered some Australian Muslims on Wednesday by saying he supported spy agencies monitoring the nation's mosques.
AMERICA and Canada..... ARE YOU LISTENING?
IMMIGRANTS, NOT AUSTRALIANS, MUST ADAPT. Take It Or Leave It I am tired of this nation worrying about whether we are offending some individual or their culture. Since the terrorist attacks on Bali, we have experienced a surge in patriotism by the majority of Australians.
However, the dust from the attacks had barely settled when the "politically correct" crowd began complaining about the possibility that our patriotism was offending others. I am not against immigration, nor do I hold a grudge against anyone who is seeking a better life by coming to Australia.
However, there are a few things that those who have recently come to our country, and apparently some born here, need to understand.
This idea of Australia being a multicultural community has served only to dilute our sovereignty and our national identity. As Australians, we have our own culture, our own society, our own language and our own lifestyle.
This culture has been developed over two centuries of struggles, trials and victories by millions of men and women who have sought freedom. We speak mainly ENGLISH, not Spanish, Lebanese, Arabic, Chinese, Japanese, Russian, or any other language. Therefore, if you wish to become part of our society, Learn the language!
Most Australians believe in God. This is not some Christian, right wing, political push but a fact because Christian men and women, on Christian principles, founded this nation, and this is clearly documented. It is certainly appropriate to display it on the walls of our schools. If God offends you, then I suggest you consider another part of the world as your new home, Because God is part of our culture.
We will accept your beliefs and will not question why, all we ask is that you accept ours and live in harmony and peaceful enjoyment with us. If the Southern Cross offends you, or you don't like " A Fair Go", then you should seriously consider a move to another part of this planet.
We are happy with our culture and have no desire to change, and we really don't care how you did things where you came from. By all means keep your culture but do not force it on others.
This is OUR COUNTRY, OUR LAND, and OUR LIFESTYLE, and we will allow you every opportunity to enjoy all this.
But once you are done complaining, whining, and griping about Our Flag, Our Pledge, Our Christian beliefs, or Our Way of Life, I highly encourage you take advantage of one other great Australian freedom, "THE RIGHT TO LEAVE".
If you aren't happy here then LEAVE. We didn't force you to come here. You asked to be here. So accept the country YOU accepted.
Posted by Jill at 7:04 AM No comments: 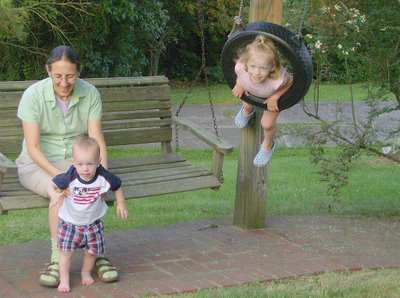 It was my 49th birthday party. Entertainment for the evening was provided by a brother and sister duo with limitless energy. Everyone present was totally captivated by their performance.
Posted by Jill at 4:18 PM 1 comment: 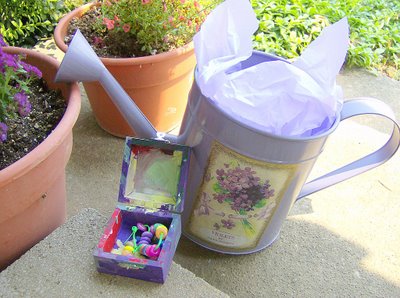 Here's two of the lovely presents my precious family offered me for my birthday. The little box and the bead necklace were created by Kylie. The picture itself was captured by my new camera. Fun! Fun!
Posted by Jill at 4:00 PM No comments: 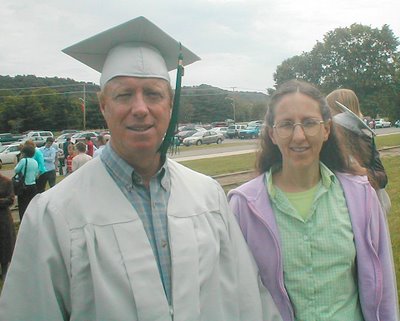 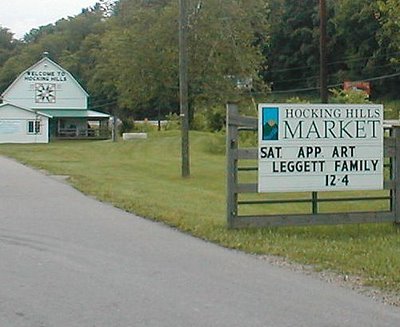 Three things that get my "Ire" up

I don't usually get too involved in politics other than to vote, but there are a few things that get my "Ire" up. (Does that mean I'm "Ire-ish"?

Here's a poignant quote from a recent email:

THINGS TO THINK ABOUT:
1. COWS
2. THE CONSTITUTION
3. THE TEN COMMANDMENTS

COWS
Is it just me, or does anyone else find it amazing that our government can track a cow born in Canada almost three years ago, right to the stall where she sleeps in the state of Washington, and they tracked her calves to their stalls? But they are unable to locate 11 million illegal aliens wandering around our country. Maybe we should give them all a cow.

THE CONSTITUTION
They keep talking about drafting a Constitution for Iraq . Why don't we just give them ours? It was written by a lot of really smart guys, it's worked for over 200 years, and we're not using it anymore.

TEN COMMANDMENTS
The real reason that we can't have the Ten Commandments in a courthouse........You cannot post "Thou Shalt Not Steal," "Thou Shalt Not Commit Adultery," and "Thou Shall Not Lie" in a building full of lawyers, judges, and politicians -- it creates a hostile work environment
Posted by Jill at 11:19 PM No comments:

I've found some very interesting articles about ancient inhabitants of North America. Check it out!
Posted by Jill at 4:09 PM No comments:


Check out this neat website with working guitar strings.
Posted by Jill at 2:19 PM No comments: