This newly released Holocaust diary is not yet translated to English, but here's a touching summary:

by Leah Abramowitz
A recently published Holocaust diary that wavers between hope and despair. 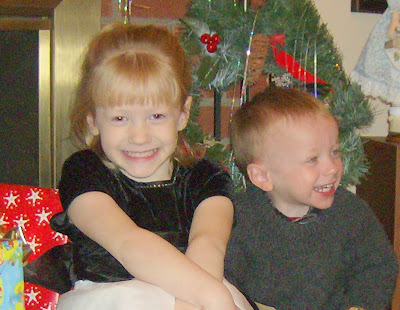 Perched among the gifts, Kylie and Luke are anxious to get started unwrapping. Kylie was overheard to say to Luke, "If you need help opening your 'presidents,' I'll help you."
Posted by Jill at 9:23 AM No comments:

The Present My Coonhound Gave Me 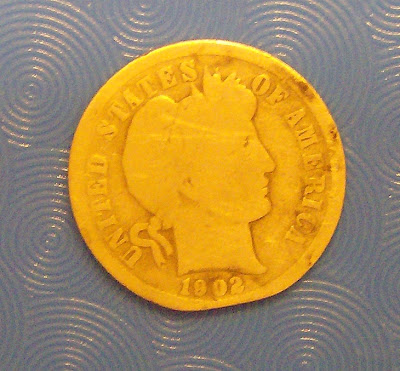 I was surprised to find this mud-wrapped gift by Rosi's dog dish Saturday evening. How nice of her to "dig" this up for me! It's a 1902 Barber O-series dime. It's not in really good condition, but would bring a "pretty penny" on Ebay.

The House that Jill (and Betty) Built 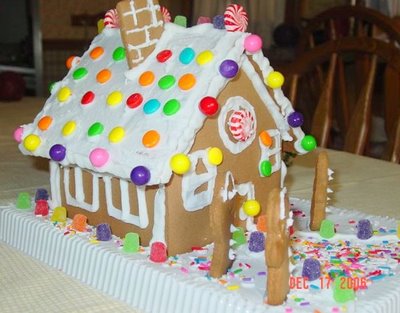 Wise men still seek him by John Fischer
“It is the glory of God to conceal a matter; to search out a matter is the glory of kings.” (Proverbs 25:2 NIV)
I normally don’t like bumper stickers, especially with Christian slogans, because they so often seem to trivialize the message, but one exception stands out. It used to show up around Christmastime, though I haven’t seen it for a while. It is the simple but profound assertion: WISE MEN STILL SEEK HIM.
I like this because it says at least two things. First, those who seek God are wise. God affirms the dignity of the searcher and the search. The fact that God has set it up this way – has concealed his matters and invited us to search for him – confirms our nobility. It says we have enough smarts to look for him and recognize him when we find him. In fact, the proverb above puts the searcher in the realm of kings. It’s a noble task to seek after God.
Second, those who seek God are given the benefit of the doubt, that if they seek him, they will find him.This is actually a promise in Scripture: “He rewards those who earnestly seek him.” (Hebrews 11:6 NIV) This is why those of us who already know him don’t have to jump all over those who are seeking when they get something wrong or don’t put it in exactly the right words. If they are truly seeking, they will find him, and it will be God who opens their eyes anyway. We need to respect the search of those we know who are seeking and not get impatient with them or think of them as stupid for not seeing what we see. When it’s time, they will.
This may mean you might have to bite your tongue a little bit and not say everything you know all the time. Better to listen for those parts of the truth the seeker has already found and affirm them. Jesus didn’t spill all the beans as soon as he started preaching. He let a little bit out at a time. He talked in code (parables). He asked a lot of questions. He protected the search. He didn’t give what was sacred to dogs or throw out pearls to pigs. He always said, “He who has ears to hear, let him hear,” and then he went on to not say everything. He made them hang on his words and come back for more. All of this protects not only the dignity of the search and the searcher, but also the dignity of the truth.
It really should be this way; otherwise, we could just put it all on a bumper sticker.
Posted by Jill at 8:41 PM No comments:

To the Third and Fourth Generation

This article from Dr. Mercola supports the theories I have been developing about nutrition and genetics. I usually post health articles to my wellness blog--Wel-life.org--but feel this is also relevant to genealogy. I hope to soon have genealogy site, also.

You Are What Your Grandmother Ate

You may have read already about the research showing that the diet of a mother can have an influence on a specific gene for at least two generations.
This study on mice looks at "epigenetic" changes made to DNA, involving genes that can be silenced or activated based on exposure to chemicals.
Half of the mice in the study were fed a nutrient-enriched diet, while the control group ate a standard diet. Exposure to those high amounts of nutrients in the womb changed the coats of the mice offspring from golden to dark brown fur, while the offspring of the control group remained unchanged.Not only that, but the children of the darker-coated mice were similarly affected; they also had dark brown fur.
Proceedings of the National Academy of Sciences November 14, 2006; 103(46): 17308-17312

Dr. Mercola's Comment:
When I was actively seeing patients it was very clear what my primary responsibility was -- to teach my patients to eat the way their ancestors ate. If I could facilitate that change alone and have them avoid processed foods, trans fats and the ridiculous excess of omega-6 fats nearly all consume, the vast majority of them would have radically improved health.
However, this information should not cause you to worry about the diets of ancestors. First of all, it is likely that they were eating far healthier than you, but even if they weren't your body has incredible, dynamic healing capacities that have the potential to reverse much of the damage.
Mirto from Carnation, Alabama commented in Vital Votes:
"There is way too much emphasis placed on such things as blaming our condition on the fact it runs in the family (genes). What runs in the family is an eating pattern that has been passed down from generation to generation.
"I saw it in my family and was heading down a road that was the consequence of this. I drastically changed my diet, including taking supplements, and no longer have to take any drugs, including aspirins.
"When you see a number of members of a family being overweight, check what kind of food they eat, it's appalling. The cook or cooks of the house usually picked up the style from their mother, who picked it up from her mother and so on. First of all that's a problem right there. You would be much healthier eating at least 75% of your food raw, which I usually do ... "
As far as genes go, I firmly believe that conventional wisdom imputes to them a far more exaggerated influence on your health than they really have. Fact is, genes are little more than information storage facilities that don't do much to influence your health. Rather, it's the expression of your genes, influenced by how you live your life, that weighs far more heavily on your health than anything else.
Dr. Gene Weber from Yakima, Washington also pointed out regarding that issue:
"When we go to the doctor a lot of the time, genetics are used against us to force the issue for prescribing what I feel are unneeded drugs, many for long term.
"There was a study done by Dr. Pottenger more than 60 years ago known as Pottenger's Cats that basically helps explain how we are what we eat, and how we can change our 'genetic' outcome by improving our lifestyle. This of course involves diet, exercise, and our emotional state to name a few. We need to know these things so we can make better choices when it comes to health care
Posted by Jill at 8:21 AM No comments:

Murder of the Innocent

This post is from CitizenLink.org. How many of these murders never make the press? Will anyone be prosecuted?

Autopsy Confirms Florida Baby Delivered at an Abortion Clinic was Born Alive
An autopsy report concerning a baby who was born at an abortion clinic confirmed that the baby was born alive, according to Operation Rescue (OR).
It's unclear whether that determination will affect any criminal proceedings.
An 18-year-old woman who was 22 weeks pregnant went to A Gyn Diagnostics, near Miami, for an abortion. She came back the next day complaining of severe pain and was placed in an recovery room to await the doctor's arrival. Instead she gave birth to a baby girl. The baby was allegedly placed in a plastic bag and thrown on the roof of the clinic, where she was discovered a week later.
Troy Newman, president of OR, said the girl deserved to receive medial attention.
"Once she was born, she was deserving of the same protections under the law as the rest of us," he said. "At the minimum, she should have been given comfort care."
Posted by Jill at 8:09 AM No comments:

Stars of the Show 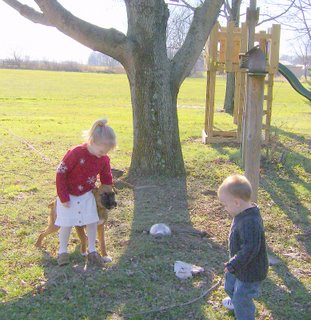 Here are the kids again--with their boxer, "Soapie," otherwise known as Sophie. 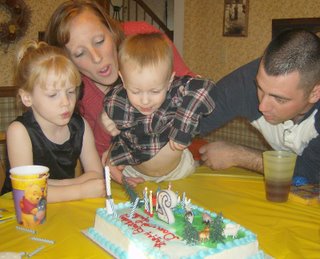 Christmas--It's OK to say it!

Christmas Project™Merry Christmas. It's okay to say it
Visit www.saychristmas.org to order your Christmas package today!

Christmas is a cherished time of year when Americans come together and celebrate something bigger than ourselves, something that has united us for generations. An event that is the center of all history—the birth of Jesus Christ. Surveys show that 95% of Americans celebrate Christmas. Yet, due to political correctness, disinformation, and even the threat of lawsuits from the ACLU and its allies, religious expression at Christmastime is increasingly absent from the public square. Slowly, this holy day is being turned into a secular “solstice season.” The Alliance Defense Fund works year-round to preserve and protect our religious liberties, including the right to… ...sing Christmas carols at school ...pass out candy canes to classmates ...call it “Christmas vacation” ...sponsor a nativity scene on public property ...say “Merry Christmas” ADF wants all Americans to know the Truth—that they have the freedom to celebrate Christmas publicly, joyfully, and without fear—for generations to come! We are launching our annual national Christmas Project™ to spread the message, “Merry Christmas. It’s okay to say it.” Will you join with us?
Posted by Jill at 8:30 AM No comments: